This is the first of a three-part series of posts on how to watch Arab films while practicing social distancing.

Normally this time of the year you might be here on the Cinemayaat blog reading about the Arab films selected for the Tribeca or Cannes film festivals, or maybe for an update on AFMI’s year-round in-person screenings. But due to the outbreak of Coronavirus, most of the world is on “pause” which means festivals, film screenings and theatrical releases have been either cancelled or postponed.

In response to these shut downs, and knowing that most people are stuck at home isolating, a number of organizations have decided to offer some special online film watching opportunities giving free access to movies or virtual screening events for a limited time. We picked some of our favorites by organizations showcasing Arab films online! 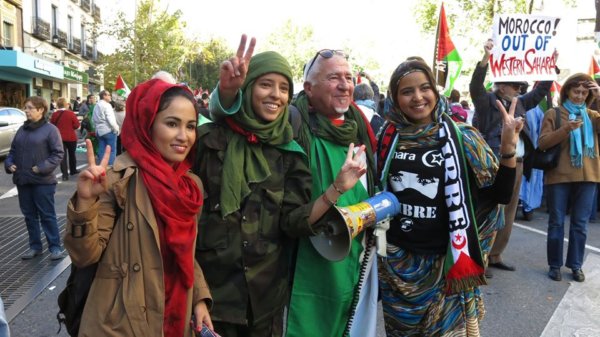 Film still from Life is Waiting

Looking to watch Arab films online? We partnered up with the Arab American National Museum and ArteEast to bring you an online Arab Film Series! You can tune in on Thursday nights for free exclusive screenings, followed by chat talkbacks.

Life is Waiting: Referendum and Resistance in Western Sahara – Screening April 16th
Most people think that colonialism in Africa has ended. But in Western Sahara, the end of European rule gave way to a new occupation, by Morocco. More than four decades later, the Sahrawi people face arrests, torture and disappearances for demanding their independence.

When Monaliza Smiled – Screening April 23rd
A romantic comedy about a love story between Jordanian Monaliza and Egyptian Hamdi, set in present day Amman among a community of nosy and quirky characters. 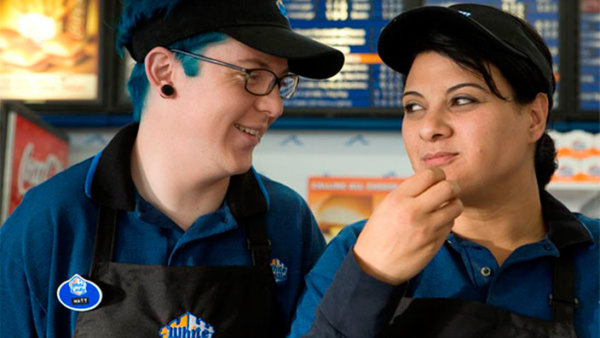 The Palestine Film Institute is the national body responsible for funding, preserving and promoting the cinema of Palestine. They have developed an initiative called the Palestine Film Platform, which is a collaboration with filmmakers from Palestine and Palestinian cultural institutions. The Platform is a great resource to watch Arab films and will stream a Palestinian Feature Film every week for free!

Amreeka –  Available until April 17th •  An AFF Favorite
When a Palestinian single mom and her teenage son immigrate to small-town Illinois during the US invasion of Iraq in 2003, they face racism, discrimination and unemployment in their adopted homeland. 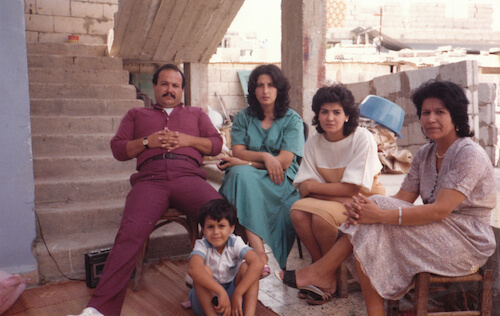 Film still from A World Not Ours

Aflamuna is an initiative launched by a group of Arab filmmakers and film institutions, lead by Beirut DC, a cultural association for the development of independent Arab cinema. This initiative aims to showcase some of the best, most thought-provoking and independently-minded works of contemporary Arab cinema to enjoy for free for a limited time. New films are released every 15 days.

Erased, ____Ascent of the Invisible – Available until April 29th •  AFF2019
“Thirty-five years ago, I witnessed the kidnapping of a man I know. He has disappeared since. Ten years ago, I caught a glimpse of his face while walking in the street, but I wasn’t sure it was him. Parts of his face were torn off, but his features had remained unchanged since the incident. Yet something was different, as if he wasn’t the same man.”

Saken – Available until April 22nd
In the 1970’s the Palestinian Revolution which was based in Lebanon, was fighting for the freedom of Palestine. In 1980 a young 18-year-old Palestinian fighter called Ibrahim Salameh left his family in Kuwait to join that revolution. Two years after joining the fighters in Lebanon, Ibrahim was shot while on duty leading to his paralysis, ending his dream of being part of the revolution.  Saken is a film about this fighter and caretaker Walid. Walid, an Egyptian man who came to Jordan to find work, was unaware that his path would cross with Ibrahim’s, and that together they would experience one of the strongest bonds two human beings could share. Saken is a film about friendship and sacrifice, how some people’s destinies are linked and hard to be broken.

A World Not Ours – Available until April 22nd
A World Not Ours is an intimate, and often humorous, portrait of three generations of exile in the refugee camp of Ein El-Helweh, in southern Lebanon. Based on a wealth of a personal recordings, family archives, and historical footage, the film is a sensitive and illuminating study of belonging, friendship, and family

A Perfect Day – Available until April 22nd
A day in the life of Malek, a young man who suffers from sleep disorders and is obsessed with thoughts of his ex-girlfriend. Meanwhile, his overprotective mother struggles with the disappearance of her husband, who was kidnapped more than 15 years ago during the civil war.

My Father is Still A Communist – Available until April 22nd
Mariam is the mother of 4 kids, her husband (Rachid) worked abroad for more than 10 years. From 1978- 1988 Mariam’s way of corresponding with her husband was through sending radio cassettes with people traveling. The cassettes provide intimate and personal details of how a relationship evolve between a couple through the passing of time, and also how a relationship may be changing and challenged, also as direct consequence of the political climate.

The Wall – Available until April 22nd
“In Beirut’s suburbs, during the civil war, my family and neighbors, used to hide in Mary’s house, known to be the safest. It became so thanks to the salon wall that was built with reinforced concrete. 20 years after the war ended, the wall is about to fall unveiling loads of confessions and true emotions that kept neighbors close to each other in difficult times.”

One of These Days In Beirut – Available until April 15th  •  AFF2018 WINNER – Best Debut Feature
A 24-hour youth chronicle in Beirut. They’re in their early twenties, they are smart, beautiful and hungry for life. Beirut is experiencing yet another terrorist attack with street demonstrations and police checkpoints. For this generation who has known war since birth, it’s sadly just one of these days. They still have their music, their youth and their dreams. They play the game of seduction, fall in and out of love and pass the time. 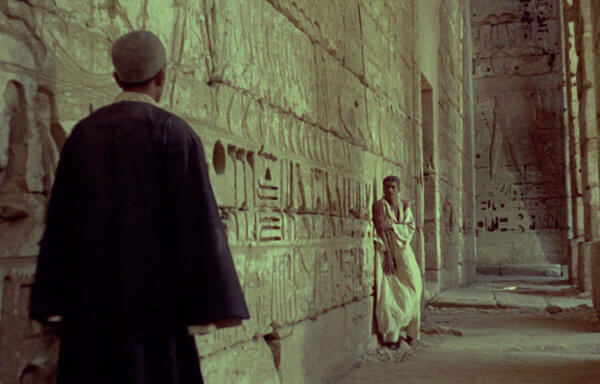 Film still from The Night of Counting the Years

Cinephobe is an Instagram account best known for poking fun at the film industry. In response to the current situation they have launched their own streaming platform. It’s filled with niche film and video content, airing (almost) all day long. While not exclusively centered around Arab film, some old Egyptian films have been featured, with more screenings coming soon!

Night of Counting the Years – Screening April 16th
An Upper-Egyptian clan robs a cache of mummies and sells the artifacts on the illicit antiquities black market. After a conflict within the clan, one of its members goes to the police, helping the Antiquities Service find the cache.

Rendezvous with a Stranger – Screening April 18th
A gang murders a factory personnel manager to facilitate smuggling abroad through the factory. One member of the staff is charged with the murder, flees to Sudan, while the brother of the owner of the plant meets his favorite sister.

We hope you get the chance to check out some of the incredible films featured above and stay tuned for more films to come! 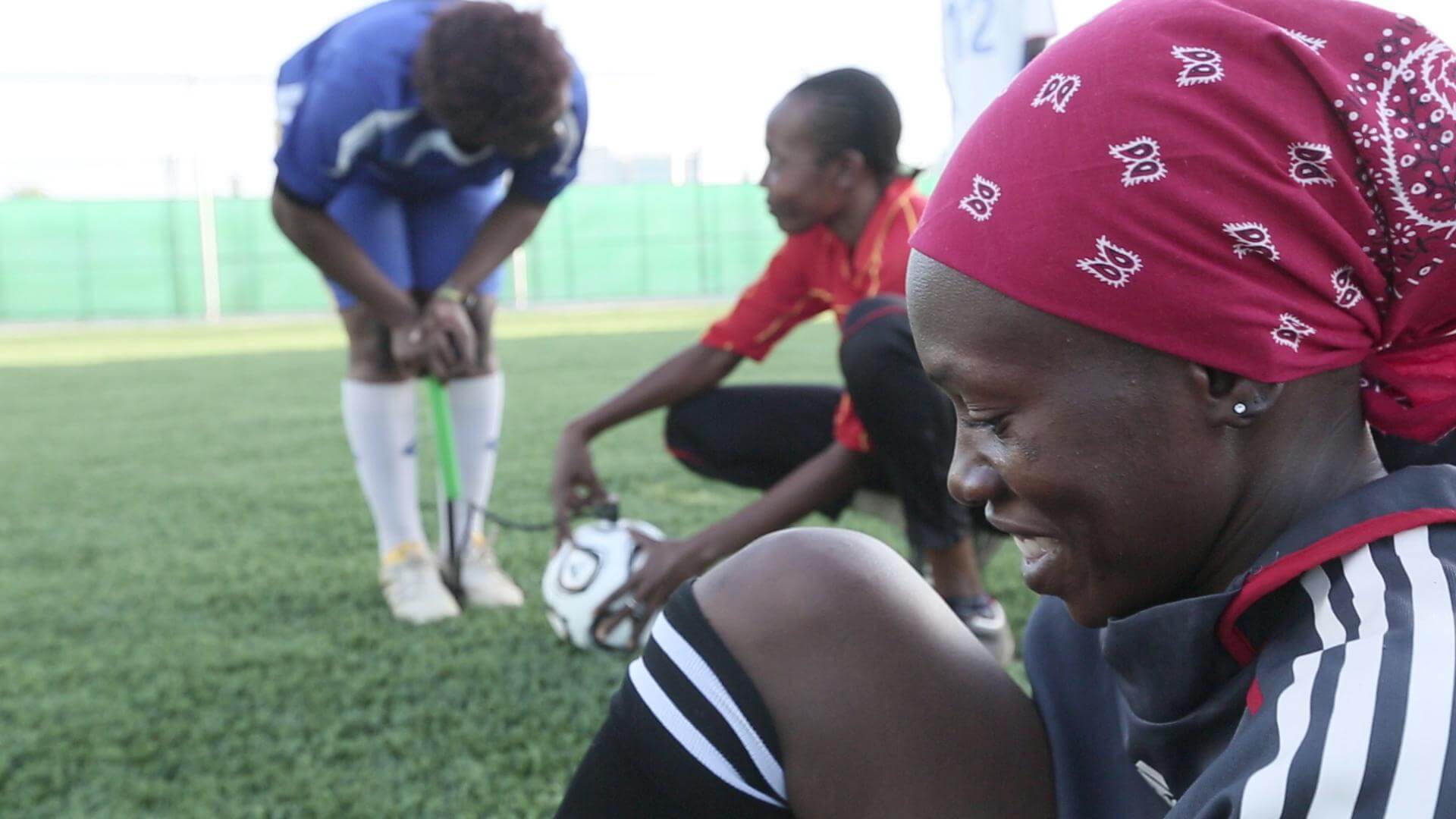