Why an Arab Film and Media Institute?

How many positive or authentic Arab characters in film and media can you name at the top of your head? None? Neither can we.

– Jack Shaheen analyzed 1000 films that have Arab and Muslim characters and found only 12 positive depictions, 52 neutral, and 936 negative portrayals of Arabs.
– Between 2002 and 2013 only 1.8% of directors whose films screened at the Sundance Film Festival were Middle Eastern
– Arab American filmmakers are so under-represented to often not even warrant their own category in industry diversity reports.

For years, we’ve been exposed to characters and storylines on big and small screens that do not authentically represent the Arab community. In most cases, preconceived notions and misconceptions about the region and its people are turned into productions that feature barbaric and ignorant Arab characters that lack any substance or depth. Arab women, on the other hand, are often portrayed as weak, submissive victims of the men in their lives. To top it off, the recent American election has only fueled this anti-Arab/Muslim rhetoric.

We know that these representations do not reflect the reality of the Arab and Arab American community. In fact, 20 years ago, we started the Arab Film Festival to challenge these stereotypes and provide talented Arab filmmakers with a platform to show a real depiction of the Arab world. While the festival has proved to be successful, we realized that we must do more to empower Arab and Arab American filmmakers to tell our stories. 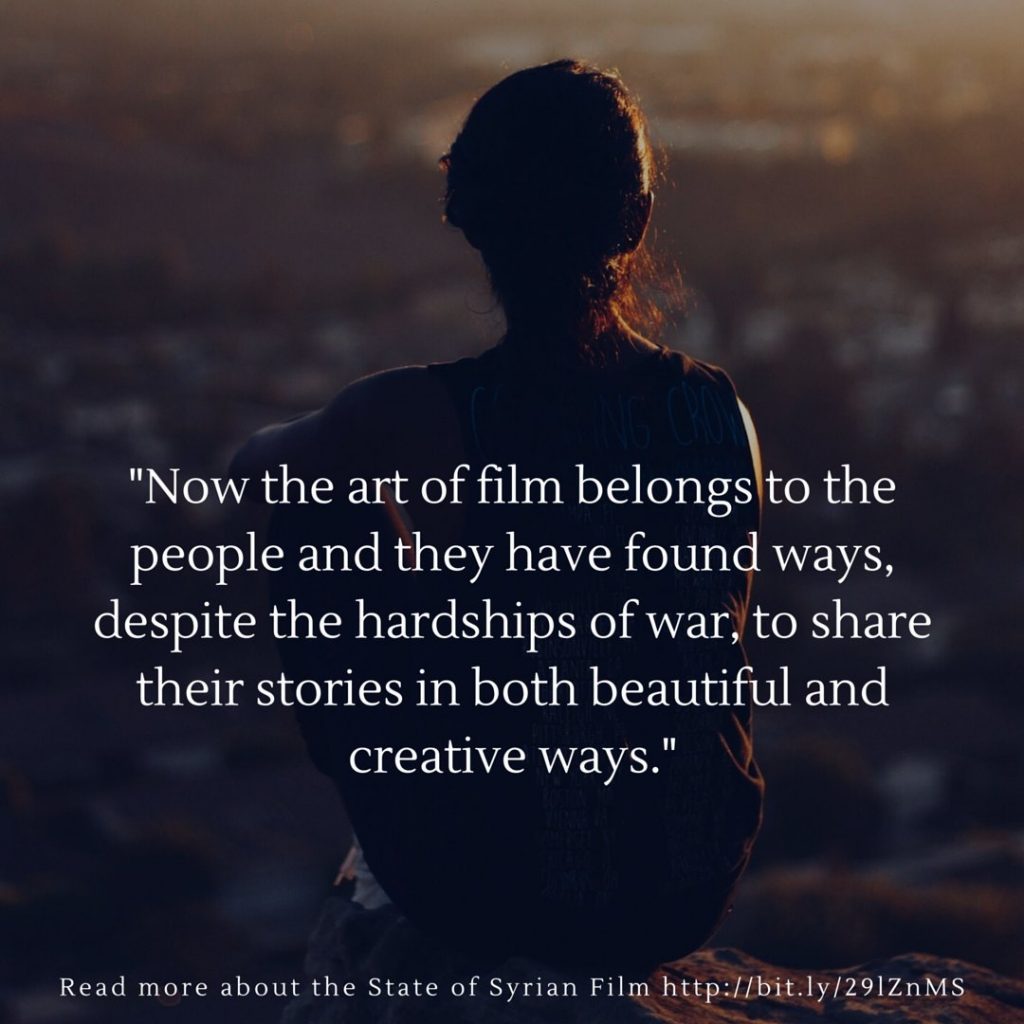 American children still often grow up never seeing any Arab character on the screen, or just seeing stereotyped Arab villains. But not all is bad news:

–  In 2015, in Egypt and Lebanon, Arabic-language films earned more at the box office per title than non-Arabic films.
– Arab independent films are twice as likely to have female directors than their mainstream cinema counterparts.
– In 2016 Amr Koura opened his Creative Arab Talent Agency in LA to help Arab talent enter Hollywood.
– The Doha Film Institute is building a “dynamic film industry” in Qatar. DFI supported films have garnered prestigious prizes, including major awards at the Cannes Film Festival.
– American audiences love diversity – Films with diverse casts enjoy the highest median return on investment.
– Audience engagement with social media peaks for shows with majority minority cast.
– The US is the biggest market for films, with an annual box office of more than 10 billion dollars.

We founded the Arab Film and Media Institute to fight all the bigotry and hate with powerful art and storytelling that fosters empathy and understanding of our common humanity, and to support Arab talent in the United States.

The toughest obstacle we face as an Arab American organization is the unwillingness of many businesses to support our mission, because of the fear of backlash in today’s climate of anti-Arab sentiment and Islamophobia. This is why grassroots donations are so important to launch AFMI. If you believe in this project, please donate what you can today.