The 2022 FIFA World Cup just wrapped, with Argentina taking home the golden trophy–and for the first time in the history of the tournament, the Moroccan national team reached the semi-finals, becoming the first African nation to do so and opening the door for eleven more African nations to qualify for the next tournament in 2026. Neighborhoods all over the Arab world rejoiced over Morocco’s performance in the cup, where they placed fourth. This glimpse of pure joy showed us just how sports can unite us, so why not keep the ball rolling? Here are some true-to-life, inspiring sports documentaries from the Arab world that you can watch right now! In post-revolution Libya, a group of women are brought together by one dream: to play football for their nation. But as the country descends into civil war and the utopian hopes of the “Arab Spring” begin to fade, can they realize their dream? And is there even a country left to play for? Through the eyes of these accidental activists we see the reality of a country in transition, where the personal stories of love, struggle and aspirations collide with history. The Speed Sisters are the first all-women race car driving team in the Middle East. These women race on improvised tracks in the West Bank and have become a bold and undeniable part of the male-dominated street car-racing scene in Palestine. In 2016 we premiered Speed Sisters in the Bay Area. You can read our interview with the film’s award-winning director Amber Fares here. Still from Captains of Za’atari

Like many young people around the world, best friends Fawzi and Mahmoud are obsessed with soccer. But for the past several years, the teenagers have been stuck in Zaatari, the world’s largest camp for Syrian refugees, located in Jordan. With uncertain legal status and an interrupted education, their prospects are limited. On the local soccer pitch, however, they can imagine a brighter future as professional athletes, a path to escaping the camp and providing for their families. When scouts from a world-renowned Qatari sports academy visit Zaatari, Fawzi and Mahmoud believe they might be able to realize their dreams—if given the opportunity. A group of exceptional young ladies in Khartoum are determined to play football professionally. They are prepared to defy the ban imposed by Sudan’s Islamic Military government and they will not take no for an answer. Their battle to get officially recognized as Sudan’s National Women’s team is fearless, courageous and often humorous. But their struggle is unwavering. Through the intimate portrait of these women over a number of years we follow their moments of hope and deception. Despite the National Football Federation getting FIFA funds earmarked for the women’s teams, this team continues to be marginalized. However, there is a new spark of hope when the elections within the federation could mean real change of the entire system. An intimate journey into the inner life of an aspiring athlete and the female weightlifting community of Alexandria. For 4 years, Zebiba goes through victories and defeats, including major losses that shape her, as she finds her way from dust to gold.

And if after all these inspiring sports documentaries you are in the mood for a narrative feature based on a true story, check out The Swimmers, which we premiered in the Bay Area during AFF2022 and is now streaming on Netflix in every region!

Here’s to hoping that in the next World Cup an Arab country goes all the way. Let us know if you have any more recommendations, check out the films on this list and as always make sure to #SupportArabCinema! 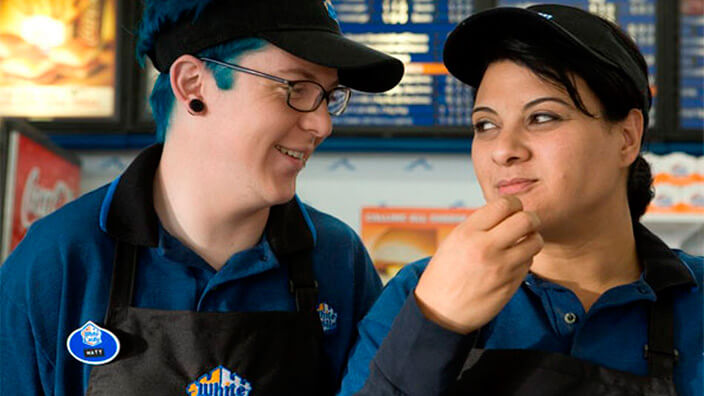