AFMI Education serves as an umbrella for a number of activities aimed at reaching out to communities throughout the United States through film and film education. An important facet of our Program is our commitment to focusing equal attention on contemporary media.

There are very few venues to provide Americans, and especially Arab-American youth, with an alternative to the prevailing, monolithic images depicting Arabs as violent people, trapped in victim/victimizer cycles as shown through the lens of mass media. As a result, the American public is left with a very limited understanding of the various cultures and complexities found in the region and its people. Young people from Arab, Muslim and Middle Eastern communities are particularly vulnerable to the effects of racial and religious prejudice, and the scarcity of positive images of their heritage in the popular media only exacerbates the problem.

In order to shift this narrative and empower our youth, AFMI created an unparalleled educational opportunity that addresses both the need to educate the public and empowers Arab American youth to speak up and use their own voices and talents to tell their stories. 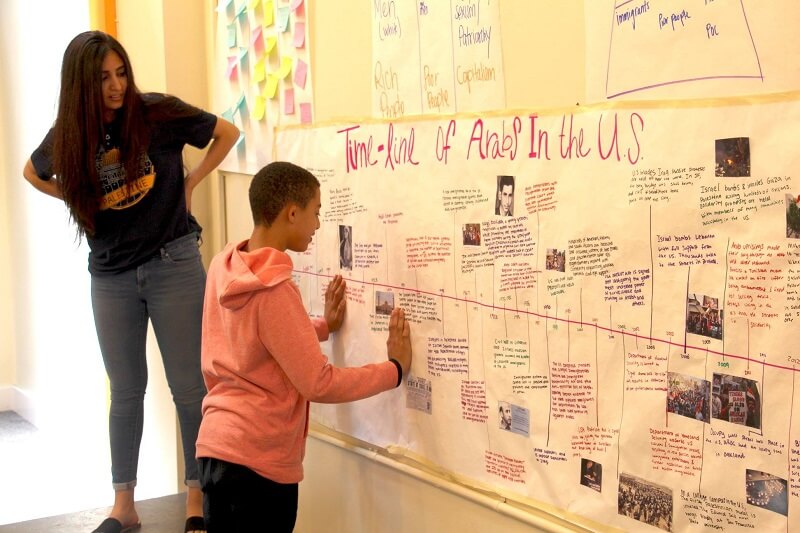 BRING ARAB CINEMA TO YOUR SCHOOL

Building on the Arab Film Festival’s history of programming with school-age children, as well as at universities throughout California, the Arab Film and Media Institute is expanding its educational programming year round to make its library of films available to a greater number of youth nationwide. AFMI’s catalog of films presents original, unexpected, and underrepresented stories and voices from the Arab world and the diaspora. The films featured connect students to characters and situations that they can relate to and that help them learn from within the Arab world, through the eyes and ears of contemporary filmmakers

Our programs for schools and local communities expand cultural awareness exposing Arabs and non-Arabs alike locally, nationally, and internationally to Arab films. Our audiences include film enthusiasts and filmmakers, supporters of each city’s cultural scene, and members of the general public who follow current events in the Arab world and want to hear different perspectives.

We work together with teachers and schools to tailor our offering to fit their specific curriculum and logistical needs. We organize individual classroom screenings, as well as school-wide screenings, on or off campus. We can also facilitate screenings by providing high quality equipment (HD project and widescreen) in order to show the films at their best. AFMI provides educators with a guide for contextualizing and discussing each film with their class, and also arrange for a member of AFMI or other specialist to be on hand to present the film, answer questions and facilitate the discussion. During the annual Arab Film Festival, filmmakers, actors and producers are available for school visits in the San Francisco Bay Area and Los Angeles.

Click here to bring Arab films to your school 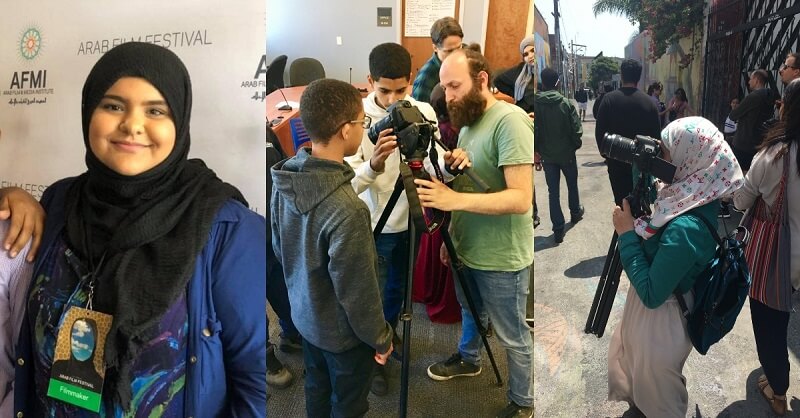 Takalam: Arab Youth Speak Up​ is AFMI’s summer program for Arab-American youth aged 13 to 18. The initiative of this program is to uplift the voices of our younger generations, to support the achievement and success of newcomer families, and to help develop the leadership of our Arab-American students. One of the goals for this program is to help students with their literacy and digital skills through group projects, workshops and digital classes.

All final films from Takalam are screened at the annual Arab Film Festival, which presents the best of contemporary films that illuminate the richness of Arab culture and stories, providing insight into the beauty and complexity of the Arab world, and thanks to Takalam it now also includes the work of young leaders in the making.

We envision a future where the pervasive, anti-Arab sentiments of today are a thing of the past. This is why AFMI is working to achieve global reach through our interactive film festival, year-round screening, education program, and Arab-American filmmakers’ mentorships.

By supporting AFMI’s Education Program, you too can help fulfill a critical need in the community, both by providing non-Arabs with an alternative representation of the region and by empowering young Arab Americans to tell their own stories and grow as leaders. 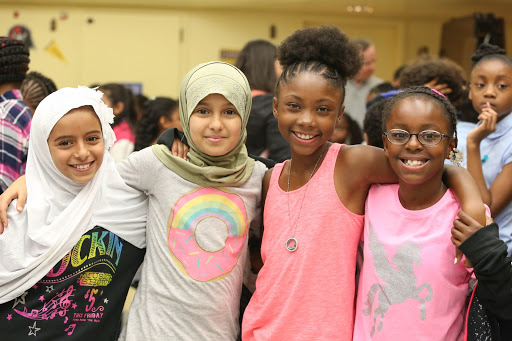 This program is made possible by