Interview with Alisa Lebow of Filming Revolution: A Meta-Documentary About Filmmaking in Egypt

Alisa Lebow is a filmmaker, film scholar and writer. She is originally from New York but currently based in London where she is a Reader in Film Studies at the University of Sussex. Alisa teaches and conducts research focused in political documentary film and media. She is also the creator of a project called Filming Revolution. This project is “a meta-documentary about filmmaking in Egypt since the revolution”. Through the project’s website, visitors can engage with over thirty Egyptian filmmakers, artists, activists and archivists about their work. We reached out to Alisa to learn her more about her career, her thoughts on political documentary and Filming Revolution. 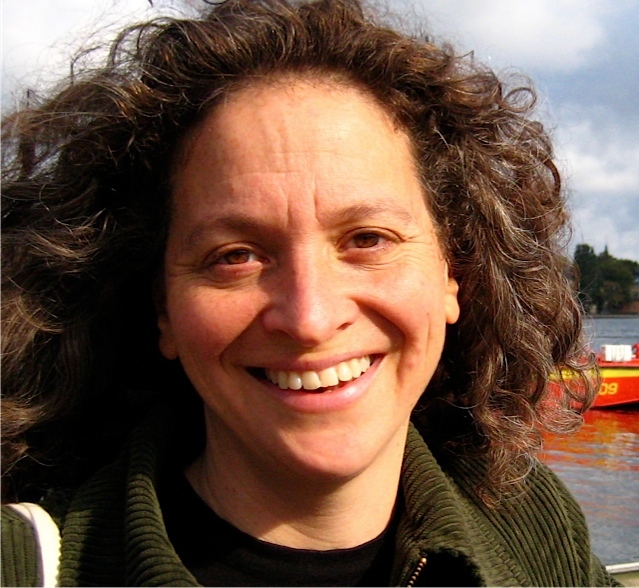 Arab Film Festival: I always find it interesting to hear how different people in the film industry got their start or at least developed their interest in what they’re doing today. What initially drew you to film, over other types of media and forms of storytelling? How did you get your start in the industry?

Alisa Lebow: It’s hard for me to describe myself as part of the film industry, because I’ve basically been trying to figure out, for my whole career, how to make work and think about work that operates, in some respects, outside of the industry. Whether that means work that is independent or activist or operating in an art context, or what have you. I think part of what drew me to pursue my PhD and become an academic was so that I wouldn’t be beholden to that industry, which in some respects I’ve always resisted.

I started working in film way back in the late 1980’s and I was drawn to it as, in some sense, a better, more effective way to do politics. I had always been an activist of some sort, involved in the anti-nuclear movement, the feminist movement, the gay rights movement, AIDS activism, anti-war movements and so on. I also had a brush with the way politics was done in Washington when I got out of college, working for a time with Congressional staffers on Capital Hill, and I knew that was not for me: too much privilege, too much compromise, too little real world contact and connection. And then I had the opportunity to learn how to make documentaries, working with a brilliant activist-filmmaker in New York named Amber Hollibaugh. From that moment on, I was hooked.

AL: What makes for a really good political documentary, if you ask me, is not only good politics, (whatever that might mean), but a strong creative vision as to how to represent your ideas effectively. You don’t need a huge budget or a big crew, and alternatively, it doesn’t have to be no-budget, wobbly-cam, grainy, or in your face. Documentary filmmaking, political or otherwise, is about creative expression. You need to understand your medium and to think visually, (and aurally,) in creative ways. You can’t just make a case or talk at people, nor can you string a set of interviews together and think you’ve made a good political documentary. The form is as important as the content and if you hope to be thinking in politically challenging ways, you must bring some of those challenges to your filmmaking as well.

AFF: How can we support future generations of filmmakers who want to engage with what’s happening in the world?

AL: Supporting future generations of politically engaged and critical filmmakers is no small feat. I was speaking on a panel recently at the Sheffield Documentary Film Festival where a young filmmaker wanted tips as to how to become a ‘radical filmmaker’ since that was the focus of the panel. I had to laugh, because really, that is not a career path. No one makes money and very few people manage even to support themselves making what you might call ‘radical’ film. One does it out of commitment and passion. That said, I don’t consider myself a ‘radical filmmaker’. I am interested in what that might mean and my Filming Revolution project considers the question of revolutionary filmmaking in some detail, but I’m more of a scholar of these questions than a radical filmmaker per se.

Back to the question of supporting young politically engaged filmmakers, the only way I know how to support them is to teach political films, to write about the work, and to make projects like Filming Revolution. People need to be exposed to this kind of work, to know it exists, and hopefully to aspire to make more of it.

AFF: You are also the founder of a project called Filming Revolution. Could you explain to our readers what this project is?

AL: I would call myself the director or producer of Filming Revolution. It is an interactive database documentary, or what I call a ‘meta-documentary’ because it is a platform where filmmakers from Egypt talk about their own projects and thoughts about filmmaking. I went to Egypt twice over the course of six months (between 2013-2014) and interviewed 30 filmmakers, (and activists, archivists and artists,) about their filmmaking since the revolution. All of the people interviewed were active in the revolution, though not all of them have made films about it.  I conceived of the project as a way to learn more about what it means to be a filmmaker in the midst of history unfolding. What is film’s role? What can a filmmaker do in such a situation? What did these particular filmmakers and historical actors in this particular historical moment choose to do?

Filming Revolution is a ‘curated dialogue’, if you like, where all of the filmmakers chime in on different themes and subjects and the viewer can choose their own path through the material. You can listen to what people have to say about, for instance, filming in Tahrir Square, or independent filmmaking in Egypt, or for that matter, the decision to make (or not make) a film about the revolution. You can also look at extracts of their work, learn more about them, and think alongside them. It’s a platform to learn about Egyptian filmmakers’ experience of the revolution and their filmmaking activities since 2011.

AFF: What are your goals for this project? What do you foresee for its future?

AL: I’d like many different types of people to visit the website and to get a sense of the incredible vibrancy and brilliance of these (mostly) young filmmakers living and working in Egypt today. This project shows a whole different aspect of what’s been going on in Egypt since 2011. We see thoughtful and engaging people who are still very active with their own projects despite the general malaise that has descended on the country since the counter-revolution took hold.

I’d love to expand the project to other places where filmmaking has exploded because of or despite the political context. I’d also love to see other projects emerge that borrow from the logic of this one. I’d be very happy to consult with anyone thinking about embarking on a project such as this.

Lastly, I think of Filming Revolution as a model of how to do film studies differently, bringing my own discipline into the 21st century, where we don’t just write about films, but we use the tools of filmmakers to think about film and filmmaking. It makes what we do much more accessible to people outside of the academy and it is a creative contribution in and of itself. There are others also thinking along these lines in my field, such as the video essay movement, but there are not many projects yet that take it to this level of interactivity.

AFF: Did anything in particular surprise you while working on Filming Revolution?

AL: I learned a tremendous amount doing this project. People were incredibly generous with their time and ideas and each interview added dimension to my understanding of the scene. One thing that surprised me, given the heavy political atmosphere that I had encountered, was how open people were to discussing their thoughts and projects. Remember, I was interviewing people after the Rabaa Massacre of over 1000 Muslim Brotherhood supporters and during the rise of now President el-Sisi. I think if it had been me, and someone came from Europe to ask them for the millionth time what they filmed in Tahrir, I’d probably be a lot more reticent to speak than what I found. I tried to ask different kinds of questions, I’m not a journalist I’m an academic and a filmmaker, so hopefully that was what people were responding to.

Another surprise for me, and this might simply be because I’ve written on this type of filmmaking in the past, was how many people seemed to be working on what I call ‘first person films’—personal, subjective documentaries. This is not what I expected for several reasons. Firstly, in previous revolutionary movements, personal filmmaking was strongly discouraged, in that the collective effort was considered primary and individual concerns and experiences were not. Secondly, I wasn’t aware of a strong trend in either Egyptian or Middle Eastern documentary of personal films. I’ve learned since that at least in the past 10 or 15 years, some amazing first person work has emerged in places like Lebanon and Palestine, and now we can add Egypt to that list.

AFF: What were the biggest barriers you encountered while working on the project?

AL: I don’t know about barriers, but I suppose the biggest challenge I encountered while working on the project was simply not having a big enough budget. I underestimated how labor-intensive it would be to make an interactive documentary and didn’t have the funds to hire more people to work with me on it. So essentially, it was just me and my brilliant programmer, Huseyin Kuscu, of Kakare Interactive in Istanbul, (with help here and there of a few talented others). There are so many elements and factors to consider when working on project like this, that in the end had something like 500 distinct artifacts. A project of this magnitude should really have had a team working on it instead of us killing ourselves and risking making a mess of everything. Luckily, Kuscu was incredibly dedicated and committed to the project and we both worked flat out for over a year to make sure it worked. Thankfully, it did all work out in the end, but it was quite a long hard road to get it to that point.

AFF: If there was only one take away people could get from Filming Revolution, what would you like it to be?