In Their Own Voice: Refugees Share Their Stories Online

Though there have always been refugees seeking asylum all over the world, recently those numbers have skyrocketed, leading to what has been called the “European Refugee Crisis”. In March of this year, the BBC estimated that more than a million migrants and refugees came to Europe in 2015 alone. This has put immense pressure on European countries and has lead to a lot of internal strife over what should be done. The cause of this sudden and significant increase has been the unfortunate and devastating violence in a number of countries including Afghanistan and Iraq and other factors such as poverty in Kosovo. But probably the biggest factor as been the Syrian war, which has caused citizens to leave by the hundreds of thousands in search of safety for themselves and their families. News and debates about this crisis can be seen reflected in media all over the world, including in film. An significant number of films and documentaries on the topic have been produced in the last few years. This year’s Cannes Film Festival even held a full-day conference entitled “Refugee Voices in Film” which explored the ways different types of people and media engage and portray refugees. Film can be an important tool in helping us more closely understand the plight of refugees, both the conditions they fled from and the struggles they face as they try to seek asylum. We have collected here just a handful of the many films recently created on the topic. All films listed can be viewed for free online and we hope, in any small way, to help spread understanding and awareness of the dire situation at hand.

Another Kind of Girl Collective

Another Kind of Girl Collective provides workshops for young Syrian girls living in two different refugee camps in Jordan. They provide the girls with the tools to narrate their world through film and photography as a way to explore their environment and experiment with new forms of self expression. The girls’ work offers a rare and intimate view into what day to day life is like in a refugee camp.  Their films has been met with extremely high regard and have been featured in many large and prominent film festivals across the world including Cannes, Sundance and the Toronto International Film Festival. Some of their films can be viewed online for free through links provided on the Another Kind of Girl Collective website and all films will be available to stream online after their festival premieres throughout this year. Featured below is the film Another Kind of Girl by 17 year-old Khaldiya.

The Journey from Syria

The Journey from Syria is a six-part documentary series by Matthew Cassel that is presented by The New Yorker in collaboration with Field of Vision. In this series, Cassel follows Aboud Shalhoub and his brother Amer on their long and perilous journey to Europe to seek refuge from the war raging back in Syria. The series also follows Aboud’s family as they wait back in Damascus for the day they are able to join the two men abroad. The entire series can be watched on The New Yorker website or on YouTube. Below is episode one.

Seeking Refuge is a series of five animated shorts from BBC2 that tell the true stories of children who have traveled to the UK in search of refuge. Each film is narrated by the child themselves and focuses on themes of separation, persecution and adaptation. The series is geared towards younger viewers but each short film will definitely strike a cord with viewers of all ages. You can watch the series on the BBC website. Below is the story of young Ali from Afghanistan.

A Life on Hold + Rain is Beautiful

A Life On Hold from marc silver on Vimeo.

This Could Have Happened to Me

This Could Have Happened to Me is a series of short films about refugees in The Netherlands. The stories are framed in a way that reminds the viewer that the lives and stories of refugees could, happen to anyone. Every film is created by a different director and each begin with a Dutch personality who introduces the featured person and their story. Refugees then share details about why they left home and what their life in The Netherlands is like now. Each story can be watched on the project’s website or on Vimeo. Below is the story of Momina, a 53 year old woman from Ethiopia.

Life on Hold is an interactive piece from Al Jazeera that features personal portraits of Syrian refugees who are living in Lebanon, another country feeling the burden of trying to accommodate many refugees. Each person tells their stories, full of dark circumstances but also hope for the future and support for each other during these difficult and uncertain times. This series has won numerous awards. Visit lifeonhold.aljazeera.com to experience these personal and touching portraits. 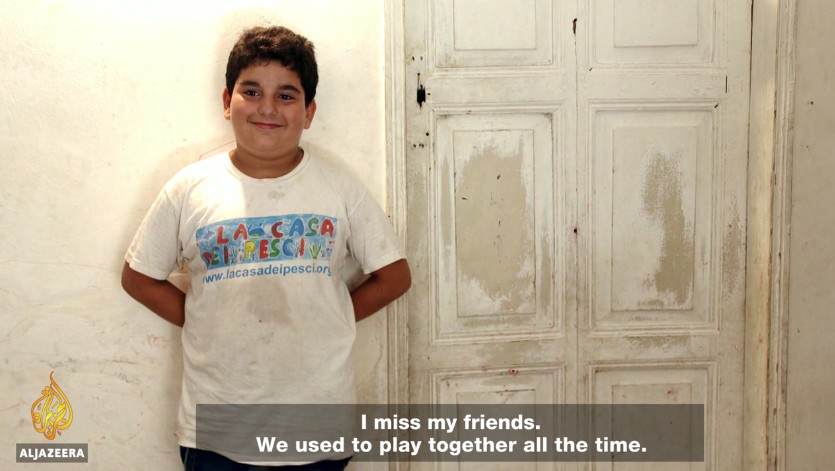 Do you know any other interesting films about refugees? Let us know about them in the comments!