A Brief History of Yemeni Cinema Cinema is credited as first coming to Yemen by way of a man named Mohammed Hamood Al-Hashimi. He began a venture in 1910 where he would host mobile screenings of silent cinema around the Tawahi district. Later, his son Taha Hamood – known as Master Hamood to most – opened the first actual cinema in Aden named the Hurricane. Hamood  later opened three more cinemas: Radio Cinema, al-Sharqiqiyah and al-Jadidah. From this point forward, cinemas starting popping up all over both South and North Yemen. By the 1950s, there were almost 50 cinemas in the region and going to the movies was a widely enjoyed family pastime. Cinemas were thriving, thanks in part to a state-led effort to promote the arts in the 1960’s. A General Association for Cinema was formed and most of the cinemas were nationalized. The Association had the role of importing new films and distributing them to theaters at a low cost, making it possible for the cinemas to offer popular films from around the world. Photo of the once famous Hurricane Cinema in 2013. Courtesy of Joe Sheffer

Things began to change in the 1990’s after the revolution and unification of North and South Yemen. At this time, some of the nationalized cinemas were returned to their owners though others remained under state control. The Association was also eliminated and promotion of the arts ended to allocate the budget elsewhere. On top of this, the conflicts that had arisen in previous years empowered a conservative element who considered the arts, especially film, to be haram (sinful). Cinema owners began to receive threats and pleaded with the government to receive protection or aide of any sort, but it fell on deaf ears. By the mid-1990’s, most of the country’s 49 cinemas had closed their doors or converted their space for other uses such as theatrical productions and weddings. Though there is a clear historical appreciation of film in Yemen, surprisingly, there is a distinct lack of filmmaking in the country. There are many reasons why this may be the case. Yemen has a long history of colonialism, having been part of the Ottoman empire for many years and later occupied by the British. The region has also experienced much conflict and turmoil. It may also be that those works have not been known or well documented. At this time, there are only handful of well-known Yemeni films and filmmakers. We’re going to talk about just some of the most influential ones below but for an extensive list of films, check out this list on our Letterboxd to explore more. Film still from A New Day in Old Sana’a

Yemen’s first known feature film was A New Day in Old Sana’a, released in 2005. Director Bader Ben Hirsi and producer Ahmed Al-Abdali are both British-born children of Yemeni exiles. The film is a romantic drama about a young photographer named Tariq who has to choose between the woman his family wants him to marry and the woman he loves. The film was shot entirely in San’a and struggled with some pushback, including threats and violence against the crew by conservative groups as rumors spread about unveiled women in the film and other elements considered sinful. Despite this, the film was completed and A New Day in Old Sana’a became the first Yemeni film to show at both Cannes and the Cairo International Film Festival, the latter of which awarded it the Best Arab Film prize. Film still from Karama Has No Walls. Courtesy of Cinema Guild

The next film comes 7 years later in 2012. It is entitled Karama Has No Walls and is the directorial debut of Yemeni-Scottish filmmaker Sara Ishaq. The film is a gripping, eye-witness account of the tragic day that changed the course of the revolution in Yemen. On March 18, 2011 – in the days following popular uprisings in Tunisia and Egypt – a peaceful assembly of protestors gathered in Yemen’s capital city of Sana’a to demand an end to the presidency of Ali Abdullah Saleh. After Friday prayers, as more people began to arrive, gunmen ascended rooftops surrounding the square and opened fire. 53 people were killed, hundreds were injured. It was one of the bloodiest days in Yemen’s modern history. It came be known as “Juma’at El-Karama” or the “Friday of Dignity.” All of the footage was caught by two cameramen who were there as the event unfolded. This film was a 2014 Academy Award nominee for Best Documentary Short Subject, making it the first Yemeni film ever nominated for an Oscar. Ishaq’s second film, a very personal first feature entitled The Mulberry House, was released the following year and also received international attention. Film still from I Am Nojoom: Age 10 and Divorced

2014 saw the release of another internationally renown documentary from Yemen – I Am Nojoom: Age 10 and Divorced – the first narrative feature film from director Khadija al-Salami. The career of al-Salami is an interesting one within this context as she was previously a documentary filmmaker, with her first film credit from 1991, despite sources giving the title of the “first Yemeni film” to A New Day In Old Sana’a. Maybe it’s because these works were documentaries or made for television but, regardless, al-Salami still hold a tremendous place in the country’s film history. Though it did not receive the nomination, I Am Nojoom was the first film Yemen ever submitted for the Academy Award for Best Foreign Language film.  I Am Nojoom tells the true story of a 10-year-old girl who is forced to marry a 30-year-old man. It is based on the true story of a young girl named Nujood who became an international hero when she found the courage to run away and, with the help of an activist lawyer, divorce her husband. Film still from 10 Days Before the Wedding

The next film out of Yemen to make headlines internationally was 10 Days Before the Wedding in 2018. Directed by Amr Gamal, the film is about a young couple who find many obstacles standing in front of them, due to the aftermath of the 2015 war, just mere days before their wedding. It is the first Yemeni-made film to open commercially in Yemen. Gamal stating in an interview with World Film Reviews that “Because the cinema halls in Yemen were destroyed in successive wars in 1986, 1994 and 2015, we have had to rent wedding halls to show the film.” The film had a largely positive reception, showing at film festivals internationally with high critical praise and even having the honor of being the second Yemeni film submitted to the Academy Awards for the Best Foreign Language film award. Though the film depicts the many ways war impacts people’s lives, ultimately the film and its success is considered a sign of renewed hope for many artists in Yemen.

If you’re interested in watching 10 Days Before the Wedding, make sure to join us on Sunday August 30th for a screening and talk back with director Amr Gamal as part of the Arab Film Series Online. RSVP here!

For more resources about the history of Yemeni film and cinema, please check out the sources below, many of which aided in the research for this piece:
The Birth and Death of Cinema in Aden by Atiaf Alwazir
Cinema in Yemen: ‘Nothing is Impossible’ by Afarah Nasser
Ten Days Before the Wedding: The Rebirth of Yemeni Cinema by Al Jazeera
Cinema “of” Yemen and Saudi Arabia: Narrative Strategies, Cultural Challenges, Contemporary Features by Anne Ciecko
Yemen: One Film Director Uses Cinema to Renew Hope by Helal Aljamra
Yemeni Film Industry Awaits a Revolutionary Rebirth by Majida Taleb 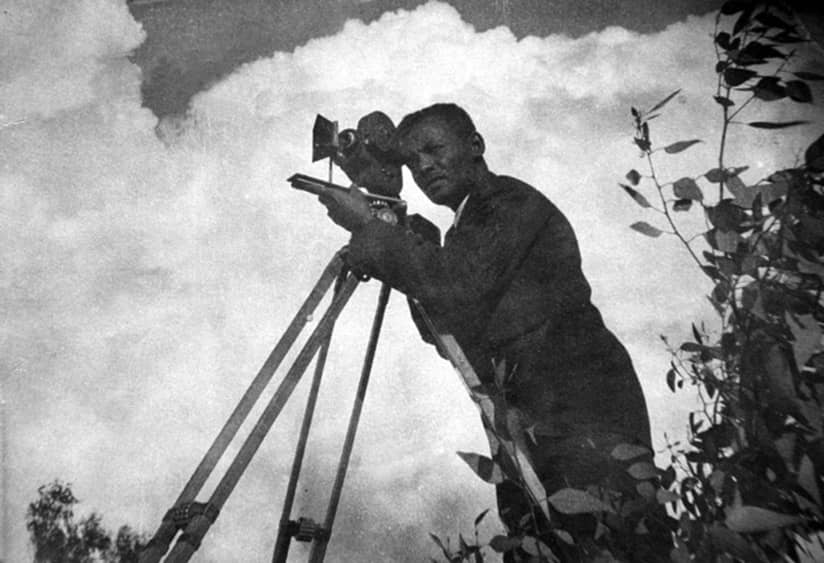