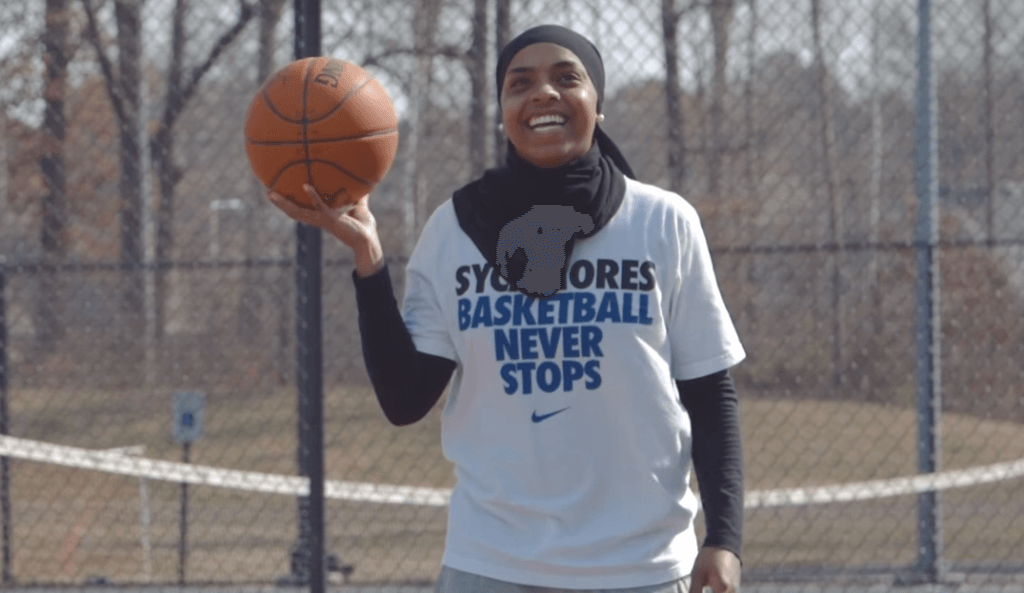 To kick off our Arab Film Series for 2022, we are pleased to present the online screening of Life Without Basketball. The film gives us an intimate look into the life of basketball star, Bilqis Abdul-Qaadir, who broke records and barriers on her way to become the first Division I athlete to play basketball while wearing hijab. Well on her way to a career in basketball, a controversial ruling ends her chances at playing professionally and she must now re-examine her future goals and her faith and identity as a Muslim American.

In addition to the film being available online, access to a talkback with the directors will also be available to those who RSVP for the film.

Synopsis: Bilqis Abdul-Qaadir broke records and barriers on her way to become the first Division I athlete to play basketball while wearing hijab. When a controversial ruling ends her chances at playing professionally, she re-examines her faith and identity as a Muslim American.

Jon Mercer is known for his ability to deconstruct a frame or narrative, employing a collaborative approach to distill essential elements and clarify underlying emotions. His work is a search for the unexpected and overlooked moments in a story – whether building drama, finding humor, or examining reality. As a director and editor his work has been broadcast nationally and creates lasting impact in educational and humanitarian sectors. Jon’s films have screened at festivals internationally and featured on PBS. His feature length directorial debut Life Without Basketball premiered at DocNYC in 2018 and was recognized by Human Rights Watch for its influence on global equality for athletes.

Tim O’Donnell is an Emmy-nominated and award winning documentary filmmaker. His work has appeared on ESPN, NBC, PBS, OutsideTV, the Sundance Film Festival and events around the world. His films have garnered the Audience Award at the Independent Film Festival of Boston, Jury Prizes at the Phoenix Film Festival and Woods Hole Film festival, and IndieWire’s Project of the Month. His most recent film Not a War Story opened at #1 for all iTunes Documentaries and premiered at the Academy of Motion Pictures. HBO’s Mary Carillo said of Tim’s work, “The story is so beautiful, so lovingly told and so incredibly moving.”