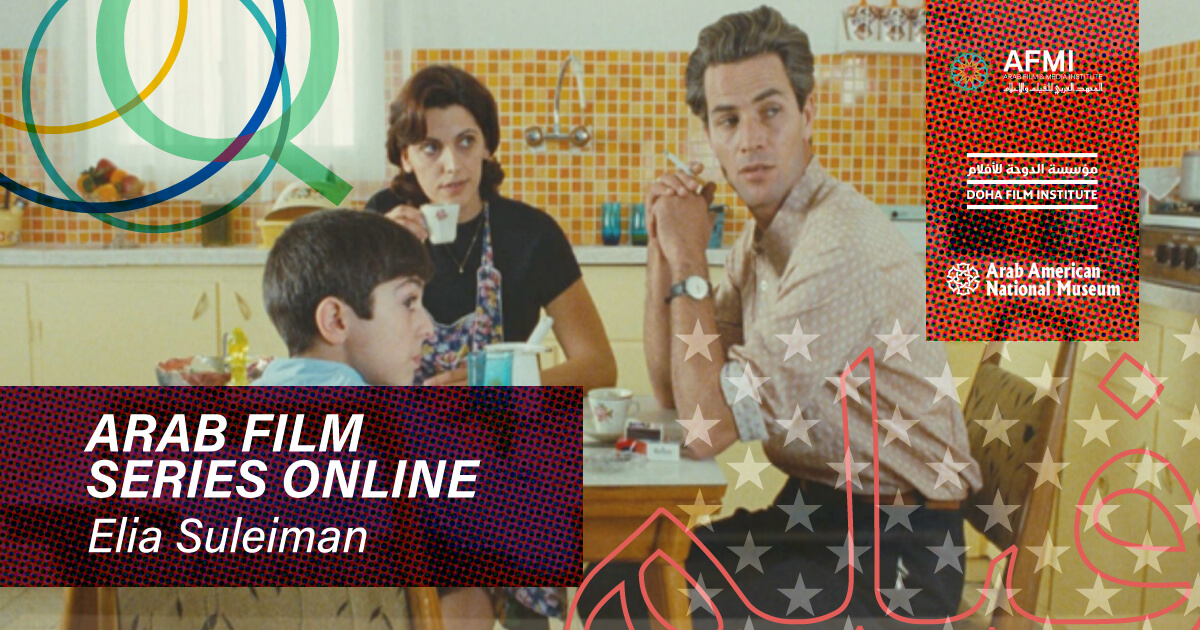 Starting today, we are pleased to celebrate and showcase the work of famed Palestinian filmmaker Elia Suleiman as part of the Arab Film Series online, in partnership with the Arab American National Museum, ArteEast, and Doha Film Institute. Throughout his career, Elia directed four feature films, Chronicle Of A Disappearance (1996), Divine Intervention (2002), The Time That Remains (2008), and It Must Be Heaven (2019), which opened the 23rd Arab Film Festival in 2019.

All four films will be available to stream for FREE, and you will be able to watch them now through May 30. Please note that films are available for viewing within the United States, Canada and Palestine.
Free with RSVP / Suggested donation $5

And that’s not all! Join us for a live online talkback with filmmaker Elia Suleiman on May 23, at 12 pm Pacific
with AFMI’s Yasmina Tawil.

The Arab Film Series is a monthly program of films and discussions from the SWANA region and its diasporas, presented by the Arab Film and Media Institute in partnership with the Arab American National Museum and ArteEast.

For more information, go to: arabfilmseries.org