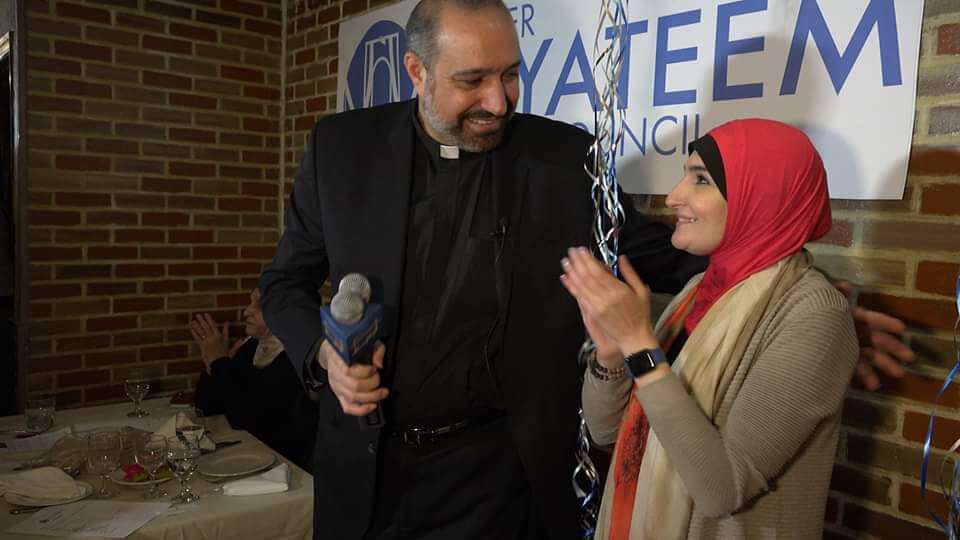 Join us as we embark on an engaging evening with community leaders from around the country! We will kick-off the event with activist and civil rights leader, Linda Sarsour as she sets the stage for our program. As an organizer and activist both in and outside the film, Linda will share her expertise and success in mobilizing communities across the country & the importance of being active & informed participants .

‘Brooklyn Inshallah’ follows Khader El-Yateem who is a Palestinian American, a practicing Lutheran pastor, and, he hopes, the first Arab American on the New York City Council. Having grown up amidst conflict before emigrating to the U.S., Father K works to alleviate the mounting fears of the diverse but marginalized Arab American community of Bay Ridge following the 2016 presidential election. With the support of political activist Linda Sarsour, he mounts the campaign of a lifetime, taking viewers into the heart of identity politics.

Following the screening we will be joined by director Ahmed Mansour and the main subject of the film, Father Khader El-Yateem, for an intimate talkback.