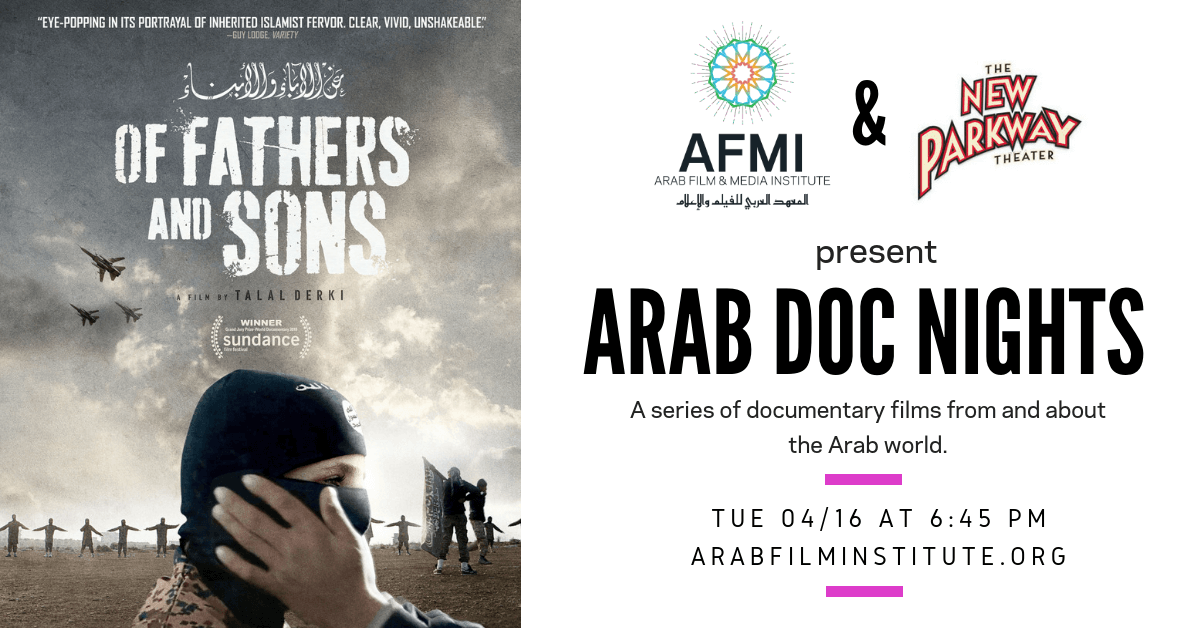 Talal Derki’s critically-acclaimed and Oscar-nominated documentary film Of Fathers and Sons kicks off AFMI’s new series of screenings, ARAB DOC NIGHTS, in partnership with the New Parkway in Oakland, CA.

This series will showcase the best in contemporary Arab documentary films, starting with Of Fathers and Sons on Tue April 16, followed by a Q&A with special guest Zeiad Abbas Shamrouch, the Executive Director of Middle East Children’s Alliance (MECA).

All the dates for this special series are confirmed, and we will announce each new film as it is selected. In the meantime, save the dates: June 18th, September 17th and November 19th

About Of Fathers and Sons:

After his Sundance award-winning documentary ‘Return to Homs,’ Syrian-born filmmaker Talal Derki returned to his homeland where he gained the trust of a radical Islamist family, sharing their daily life for over two years. His camera focuses primarily on the children, providing an extremely rare insight into what it means to grow up with a father whose only dream is to establish an Islamic caliphate. Osama (13) and his brother Ayman (12) both love and admire their father and obey his words, but while Osama seems content to follow the path of Jihad, Ayman wants to go back to school. Winner of the Grand Jury Prize for World Documentary at the Sundance Film Festival, ‘Of Fathers and Sons’ is a work of unprecedented access that captures the chilling moment when childhood dies and jihadism is born.