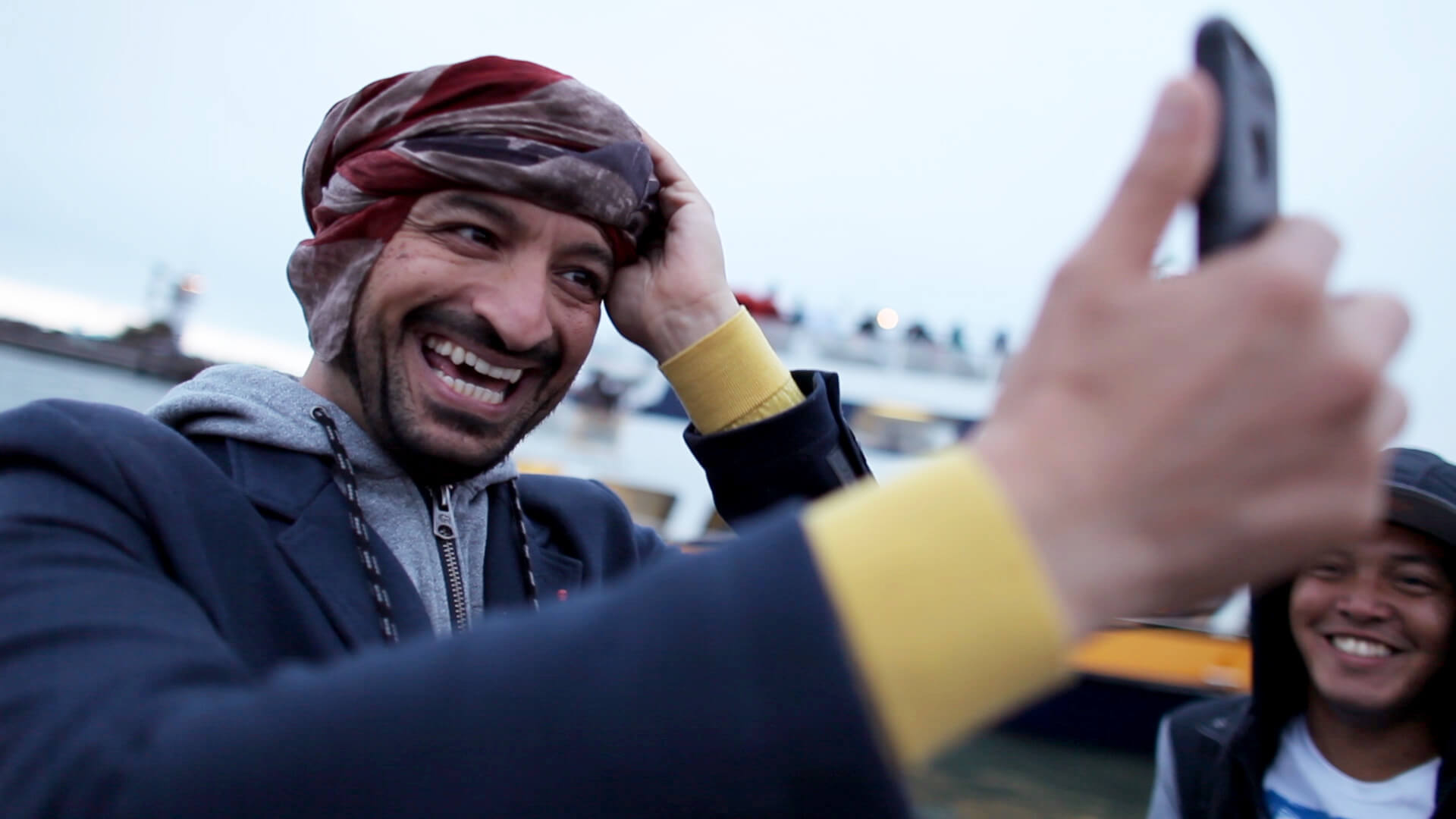 Heaven Without People (Ghada El Eid) is Lucien Bourjeily’s first feature film and has received noteworthy acclaim as an audience favorite around the world. The film follows Josephine, the matriarch of a sprawling family, whom is delighted to gather everyone for Easter lunch for the first time in two years. While they all share a joyful meal, an incident ignites underlying tensions between the family members and leads them gradually into chaos.

As the oldest and largest-running festival of Arab films and filmmakers in North America, the Arab Film Festival will host 10 days of films representing 28 countries, with a comprehensive shorts program screened in the Bay Area and throughout the U.S. Split equally between narratives and documentaries; 40% of the films screened during the festival are directed by women.

Selection of notable programs at the 22nd Arab Film Festival

Beshay, a man cured of leprosy, has never left the leper colony in the Egyptian desert where he has lived since childhood.  Following the death of his wife, he finally decides to go in search of his roots.  With his meagre possessions strapped to a donkey cart, he sets out.  Quickly joined by Obama, the Nubian orphan he has taken under his wings, Beshay will cross Egypt and confront the world with all its sorrows, hardships and moments of grace, in his quest for a family, a place to belong, a little humanity. OSCAR SUBMISSION (Egypt). Directed by Abu Bakr Shawky.

Director Raed Andoni assembles an eclectic group of Palestinian ex-prisoners in order to rebuild the Israeli investigation center in which they were all imprisoned.  However, as they were always blindfolded, none of them really knows what the place actually looked like. OSCAR SUBMISSION (Palestine).

A detailed personal account of one of the worst single incidents to be documented during the Israel Defense Force’s invasion of the Gaza Strip in January 2009, told by the survivors themselves. Directed by Anne Tsoulis.

Chronicles the remarkable journey of activist Naila Ayesh whose story weaves through one of the most vibrant, nonviolent mobilization in world history – the First Intifada. Directed by Julia Bacha.

A love affair between a married Palestinian man and a married Israeli woman in Jerusalem takes a dangerous political turn when they are spotted in the wrong place at the wrong time leaving them to deal with more than their broken marriages. Directed by Muayad Alayan.

From Baghdad To The Bay

A documentary that follows the journey of an Iraqi refugee and former translator for the US military. Wrongfully accused of being a double agent, tortured by the U.S., and ostracized from his family and country, Ghazwan Alsharif struggles to rebuild his life in the United States while coming out as an openly gay man. Directed by Erin Palmquist.

Follows Mariam Shaar, a refugee who has spent her entire life in the Burj El Barajneh refugee camp in Beirut as she brings together other refugee women to launch a catering/food truck business. Directed by Thomas A. Morgan.

This Is Home: A Refugee Story

A meditation on loss, yearning, and faith, told through the lives of Syrian refugee musicians. Directed by Amar Chebib.

Umm Koultoum stars in this musical-drama as Fatmah, nurse to a Pasha who falls in love with his younger brother and marries him in secret.  But soon their relationship deteriorates and her husband refuses to recognize the child she expects from him. Directed by Ahmed Badrakhan.

AFF 2018 will take place over 10 days from October 12 – 21, 2018, throughout the San Francisco Bay Area. Films will be screened in San Francisco at the Castro Theatre and Roxie Theater, and in Oakland at The New Parkway.

ABOUT THE ARAB FILM FESTIVAL

The Arab Film Festival is the largest independent annual showcase of Arab films and filmmakers in the country. The festival has an international standing and is considered one of the most important Arab film festivals outside the Arab world. It strives to present the best contemporary films that provide insight into the beauty, complexity and diversity of the Arab world alongside realistic perspectives on Arab people, culture, art, history and politics. For more information visit arabfilminstitute.org/festival

ABOUT THE ARAB FILM AND MEDIA INSTITUTE

The Arab Film and Media Institute (AFMI) launched in 2017 and aims to be a complete ecosystem to find, nurture, and showcase Arab talent in the United States. Starting with organizing school screenings, and growing into offering filmmaker services and original programming, AFMI is the place for Arab cinema and its fans, and the home of the Arab Film Festival. For more information visitarabfilminstitute.org