There has been lots of talk about Arab films at this year’s Cannes Film Festival but there is one area of the festival that is sometimes overlooked. The Cannes Short Film Corner is actually a treasure trove of films from all over the Arab world. Here are all of the Arab short films featured at this year’s festival.

In the official Cinefondation Selection, one Arab film made the cut. Submarine is a Lebanese film by Mounia Akl. It depictes the story of Hala, a wild child inside of a woman who is the only person to refuse to evacuate despite the threat of Lebanon’s garbage crisis.

The Dubai International Film Festival selection features eight films from the United Arab Emirates and Saudi Arabia as well as some Arab filmmakers in the United States:

Basta by Hind al Fahhad (U.A.E.)
“In a traditional souk, women strive to find a spot for themselves to earn a living in spite of the numerous daily challenges they face.”

Ela Baitna Ma’a Al Taheya by Aisha Al-Zaabi (U.A.E.)
“Nine-year-old Fatima wants to return to her old house. She does not approve of her new house as it’s without her friend Sara. She meets Khalid, an 11-year-old boy who accompanies her.” 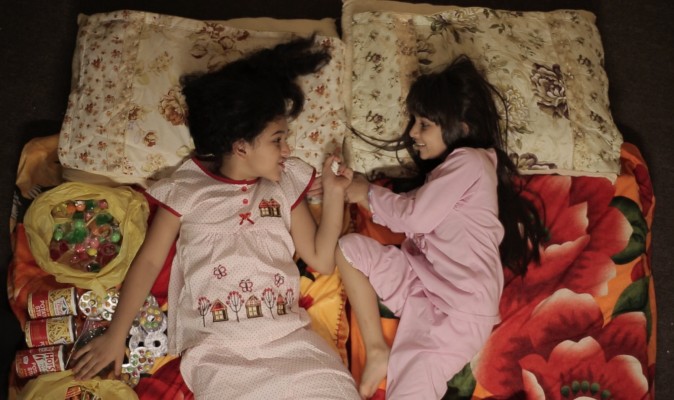 Maram Taibah (United States)
“In a marriage plagued with boredom, one of the partners has to come up with a solution – even a magical one. Dina attempts it, but the distance from Jeddah to Cairo is further than she imagined”

The Act by Dorukhan Turan (U.A.E.)
“Duygu is an actress and finally had a role in a movie. However she is nervous for a role since the character is unusual for her type. She is excited to screen the movie to her friends for the first time to see how they will react.”

Ra’ehat al Khoboz by Manal Bin Amro (U.A.E.)
“The deaf daughter of a baker is subjected to abuse at her own home. The rest of her family is apathetic to her existence.”

Hajwalah by Rana Jarbou (Saudi Arabia, United States)
“This film explores Riyadh through Rakan and his passion for “motorsport”. When he has to quit, he inhabits the ‘hajwalah’ world virtually.”

Matoor by Mohammed Alhelail (Saudi Arabia)
“Khalil’s motorcycle breaks down and he has to use public transportation. Will he let people into his solitary life?”

Omnia by Amna Alnowais (U.A.E.)
“Omnia, a young Egyptian woman, struggles with a childhood incident that erased her sense of “girlhood”, and being loved. In this short, she revisits the incident.”

The Made in Qatar selection features nine films from the country:

The Palm Tree by Jassim Al-Rumaihi
“In a sterile lab, sprouts are methodically planted, their growth observed and tracked. Seeds are washed and sifted by machines, before being precisely set in soil under bright lamps. The ‘Palm Tree’ is an observational documentary that shows us how unnatural nature can be.”

Good As New by Jaser Alagha
“Moayyad has bigger dreams than working in his father’s modest bakery. When the young Syrian man leaves his home for Qatar, however, he finds that life abroad isn’t what he thought it would be.”

Yellow Nights by Abdullah Al Mulla
“On a warm Qatari night, the streetlights illuminate the interior of a car with a yellow glow. Inside, a couple sits in silence before exchanging only a few terse words.”

The Notebook by Amna Al-Binali
“Nora is making a film for the first time. She doesn’t quite know how to use her handheld camera and she hasn’t mastered the art of on-camera interviews.”

Veganize It! by Khalid Salim
“Bakr has some big news, but he’s not sure his family, friends or even his fiancée will be able to accept it: he has decided to become vegan. As he tells those closest to him, the reactions aren’t what he had hoped for.”

Light Sounds by Karem Kamel
“Iinseparable, if not by choice, two Sri Lankans work as cleaners at a mosque in Qatar. Lazy and mischievous, Sajid is often late and forever playing pranks on those who frequent the mosque; he spends his days gazing out the world around him, wishing for more in life.”

Inside Out by Fahad Al-Obaidly & Salwa Al Khalifa
“This film explores the far-reaching transformations Qatar has experienced in recent years. It looks at change at the macro level, as well as through the lives of Salwa and Fahad, who were brought up in Qatar but grew up feeling alienated and began to question their identity and where they belong.” 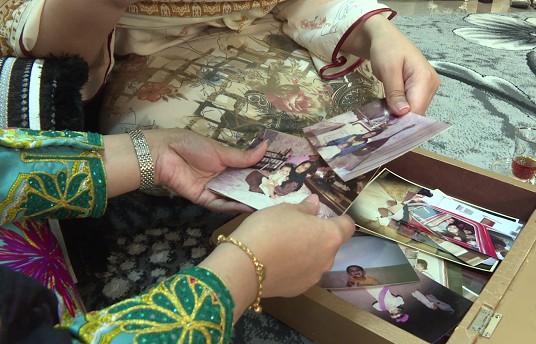 “Now 40 years old, Noura is at last accomplishing her dream of getting an education. In a tribute to her mother, director Amina Ahmed Al Bloshi follows Noura on this path and celebrates her tremendous achievement.”

Asfoora by Mayar Hamdan
“When she is caught cheating on an exam, Jana is sent to detention, where she encounters a cruel bird that taunts her mercilessly. The schoolgirl goes to extreme lengths to silence the creature (and cover up the messy aftermath), but it keeps coming back to pick on her insecurities.”

Asfar by Mohammed Salman
“This film tells the story of the old yellow cabs in the city of Qatif, one of the richest oil cities in Saudi Arabia, and the relationships between the drivers and these old yellow cars.”

The Creative Mind Shorts selection features one film from Lebanon (that was also filmed in Italy and the United States):

Finding My Lebanon by Mark Abouzeid
“A cultural nomad returns to his father’s homeland to discover his roots, identity and the truth about modern Lebanon.”

The Flanders Talent: Wildcards 2016 selection features one film from Morocco and Belgium:

Into Darkness by Rachida El Garani
“Little Mohamed and his family live in the small village of Taroudant, Morocco. Eleven of the family members are blind. Living in extreme poverty and excluded from society, they try to keep their hopes and dreams alive and refuse to give up believing in a better future.”

The Aftermath of the Inauguration of the Public Toilet at Kilometer 375 by Omar Elzohairy
“Fear is an instinct lying under the skin. But what if it mutates?”

Le Park by Randa Maroufi
“A  slow meandering camera in an abandoned amusement park in the heart of Casablanca. The film draws a portrait of the youth who frequent this place and it exposes snapshots of their life, meticulously reframed and often inspired by images found on social networks.”

The Quinzaine Des Réalisateurs selection features one drama from Algeria:

Kindil El Bahr by Damien Ounouri
“During a beach excursion, Nfissa, a young mother, is lynched to death by a group of young men, while swimming offshore. Nobody seems to witness her disappearing. Anxiety and fear grow among the family, especially as, on the same beach, bathers suddenly die.”

We are also pleased to have a former Arab Film Festival participant in the Cannes Short Film Corner! Lebanese-Canadian director Raghed Charabaty’s new short film Deema will be featured among these films. Deema tells the story of a Syrian woman who reunites with her Lebanese childhood sweetheart when he immigrates to Canada. However, as their love is rekindled and the Lebanese Spring blossoms, a plain comes back to haunt her.

For full-length Arab films featured in this year’s Cannes Festival and Marché du Film, check out our last blog post.