And that’s not all! This year also marks the first time an Arab woman – Egyptian-Tunisian actor Hend Sabry – will be on a jury. So what are you waiting for? Let’s dive into the Arab Films at Venice Film Festival 2019. 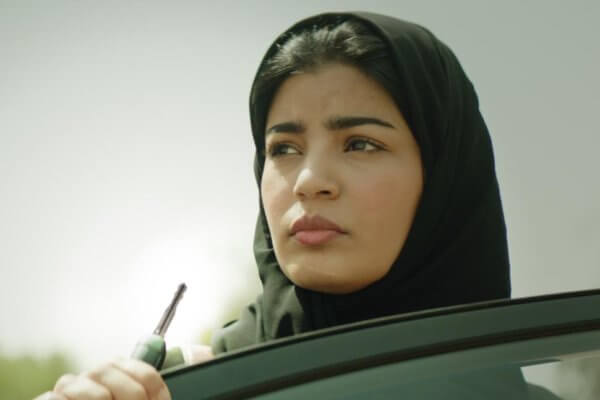 Film still from The Perfect Candidate

The Perfect Candidate is the newest film from Saudi director Haifaa Al Mansour, best known for her film Wadjda. This film follows a young Saudi female doctor who decides to run for office in a municipal election.

Information around The Scarecrows is limited so far, but Tunisian director Nouri Bouzid is known for not holding back in his films and covering topics such as the Gulf War, the Arab Spring revolutions and Radical Islamism. We can’t wait to see what direction this film takes.

Bik Eneich – Un Fils tells the story of 10-year-old Aziz, who is shot in an ambush while taking a family holiday in southern Tunisia. The youngster subsequently requires a liver transplant, which unlocks a simmering family secret. 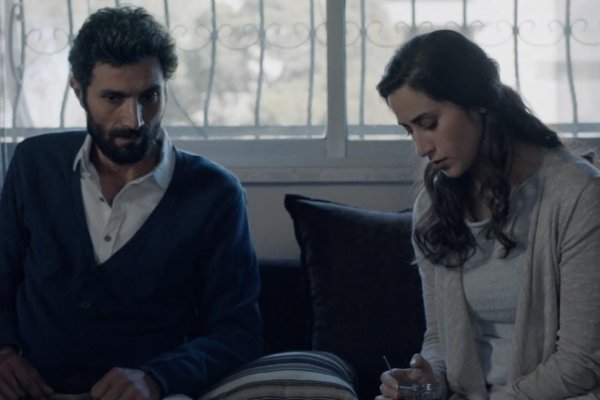 Film still from Give Up the Ghost

Give Up the Ghost is a taboo-breaking tale of a young wife struggling with her husband’s sterility and her mother-in-law’s assumption that she is infertile.

Lebanon, July 2006. War is raging between Hezbollah and Israel. During a 24h ceasefire, Marwan heads out in search of his father who refused to leave his Southern village. As the ceasefire is quickly broken, Marwan finds himself under the rain of bombs and takes shelter in a house with a group of elders. Suddenly, a group of Israeli soldiers enter the first floor. Trapped in the house and hostages of their own fears, the next three days will see the situation spiral out of control.

Set in a dystopian landscape, Scales is the story of a young strong-willed girl, Hayat, who lives in a poor fishing village governed by a dark tradition in which every family must give one daughter to the sea creatures who inhabit the waters nearby. In turn the sea creatures are hunted by the men of the village. Saved from this fate by her father, Hayat is considered a curse on the village and grows up an outcast. Nevertheless, she does not surrender to this fate and fights for a place within her village. After her mother gives birth to a baby boy, Hayat must accept the brutal custom of giving herself to the sea creatures or finding a way to escape.

An independent review within the Venice International Film Festival promoted by the associations of Italian film directors and authors Anac and 100autori. 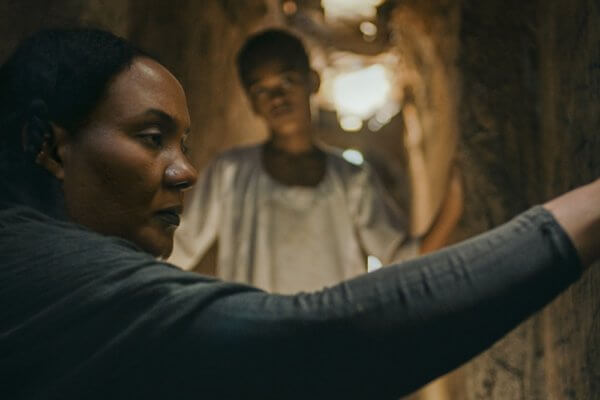 Film still from You Will Die at 20

In a Sudanese village, a mother gives birth to Muzamel, a boy cursed by a Dervish prophecy that he will die at the age of 20. Muzamel grows up surrounded by looks of sympathy that make him feel dead before his time, until Suliman, a cinematographer who has worked in the city, returns to the village. Suliman’s old cinema projector opens a window onto a whole new world for Muzamel. His personality starts to change with Suliman’s presence, and slowly he comes to doubt the truth of the prophecy. His mother desperately attempts to prevent the prophecy from coming to pass. After many defeats, including losing his father, Muzamel begins to dig his own grave. When the day of his 20th birthday arrives, he is torn by doubt and left with the choice between death and a bus to the world he is eager to know about.

Final Cut in Venice
A workshop dedicated to the cinema industry of African countries and the Middle East featuring 6 work-in-progress films in competition. 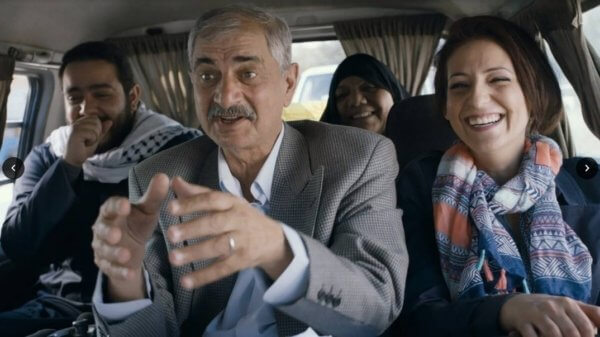 Film still from Another Day in Baghdad

Baghdad. The last week of 2006. In a typically mixed neighbourhood, a community of ordinary people are trying to live their everyday lives in spite of extreme and unpredictable sectarian violence. All over the city, people of different religions are being forced out of their homes on a daily basis and neighborhoods are being divided by concrete walls. At night, under curfew, the residents remain trapped inside their houses… At the heart of these intersecting stories we find Sara, a single mother and novelist, who regains her will to write after witnessing the forced exile of her Christian neighbour and best friend Sabiha. Just before the New Year, as all wake to the news that Saddam Hussein has been executed, they are left in a state of heightened uncertainty. A car-bomb goes off… and then another. And yet, like a miracle, each sustains a fragile hope.

Mica, 10, lives with his mother and sick father in a slum in the suburbs of Meknes, which is destined for destruction. A friend of his parents’, a handyman in a tennis club in Casablanca, takes him as his apprentice. Mica finds himself propelled into a whole new world where a new life awaits him. Mr. Slimani, a rich and cultured man and owner of the club, dreams of making his son Omar a tennis champion. To this end, he hires Sophia, a former French champion, as a private trainer. But Omar has little talent and no passion for the sport. On the other hand, Sophia will eventually notice Mica and take him under her wing…

Teenage best friends Mahmoud and Fawzi have been living in the Za’atari Refugee Camp in Jordan for over five years. Though they both have no sense of what the future holds for them, they don’t let this hold them back, and focus their energy together on their first love: soccer. Both believe firmly that soccer is their only path to freedom. Aspire Academy, a leading sports academy for young athletes, arrives at the camp to scout the teens for a chance to train like professional athletes in Doha. Mahmoud and a few other members of the team are chosen. Fawzi, on the other hand, is left behind due to a technicality. Before Mahmoud leaves he pleads with the Aspire coaches to reconsider their decision regarding Fawzi. Mahmoud and the team board a plane for the first time ever and head to train and compete on a field similar to the fields they’ve seen only on TV. While the team is in Doha, Fawzy fights to leave the camp and join his team to play their first official match outside of the camp.

Algerians are tired from an unpopular and sclerotic regime. They have a deep-set desire for freedom and a fair society. March 8, 2019 is the third Friday of a massive mobilization, in Algiers, against the candidacy of Abdelaziz Bouteflika for his 5th presidential term. It is also the starting point of this film: a day in the life of Nardjes, a young Algerian woman who finds in the protests a space to claim what had been promised and stolen from her and from her generation: her future. 65 years separate the protests of 2019 from the struggles of independence of Algeria (1954–1962), in which her own family has suffered immensely. Those are wounds that Nardjes carries with her today. This film is an intimate portrait of the soul of the young, betrayed generation. It is also a female voice in a strong patriarchal society. We follow her while her whole country is marching toward their own, yet uncertain future.

Love film festivals? Take a trip around the world through our blog: from Cannes to Locarno, we got you covered.

And of course don’t miss the best of Arab Cinema when it lands in the San Francisco Bay Area for our very own Arab Film Festival! Opening night is October 11th, and you can already buy a festival pass – check out your options here and sign up for our newsletter to be the first to know when films are announced.