Are you in New York? You might bump into our Executive Director Serge Bakalian, and our Artistic Director Deana Nassar, as they look for new talent and enjoy new Arab films at Tribeca.

Tribeca 2016 is showing a few interesting movies from and/or about the Arab world. From As I Open My Eyes, which the Arab Film Festival is also co-presenting this month at the San Francisco International Film Festival, to Tickling Giants, there’s no shortage of tears, romance, comedy, and inspiring storytelling. 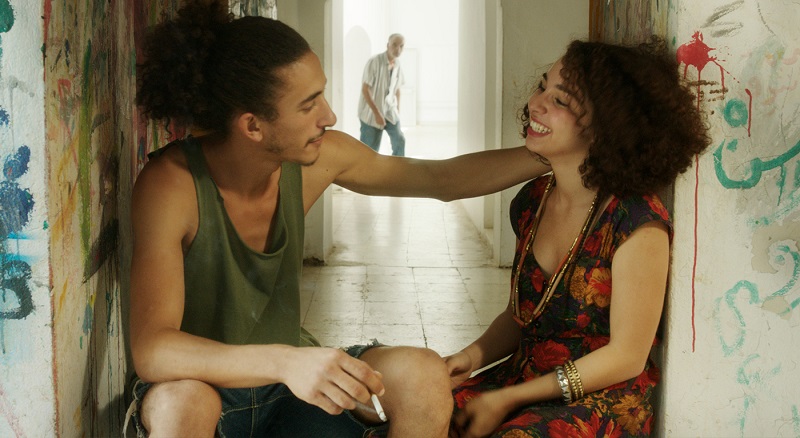 As I Open My Eyes by Leyla Bouzid follows Farah, a high-achieving student in Tunis, who just wants to sing. When her mom hears that she’s performing politically provocative material with a group of male friends, a powerful story unfolds of female independence that stands in the face of conservative Muslim beliefs. Watch this film at Tribeca, or join us as we co-present this film with the San Francisco Film Society at the San Francisco International Film Festival on April 26th at 9 pm or May 2nd at 6 pm at the Roxie Theater.

As I Open My Eyes // Trailer from San Francisco Film Society on Vimeo.

If you love music, check out Junction 48, a film inspired by true events. As the official website states, this is “a social drama with kick-ass music,” whose story centers around Palestinian rapper Kareem (played by real-life rapper Tamer Nafar) and his singer girlfriend Manar against the backdrop of Tel Aviv’s hip-hop club scene. Get your ticket here.

Looking for more? For a complete list of all the Arab films showing at Tribeca 2016, check our this handy guide from the film festival itself.

And if you go to any of the screenings, let us know what you think on Facebook!