The Cannes Film Festival, back in full form after its cancellation last year, will take place in-person from July 6 to July 17. There are four Arab films in the official selection this year: A realistic drama set in the cultural center in Casablanca’s Sidi Moumen neighborhood, a poor suburb that became infamous in 2003 due to a terrorist attack perpetrated by locals. Thirty-year-old Amina, a practicing Muslim, lives alone with her only child, the fifteen-year-old Maria. When Amina learns Maria is not only pregnant but wishes to abort the child, the two women face an impossible situation in a country where abortion is legally and morally condemned.

Nora, a housekeeper by trade, watches over her little family in a city in the northern districts of Marseille. After a long period of unemployment, her eldest son Ellyes is arrested in a gas station robbery. In prison for several months, he awaits his trial with a mixture of hope and concern. Nora does everything to make this wait as bearable as possible for him. Promotional poster for Mariner of the Mountains

Originally titled “Algerian by Accident”, this creative documentary ties together director Karim Aïnouz’s Kabyle-Brazilian heritage by telling the story of his parents. In a travel diary, he documents the story of love and separation between the Brazilian Iracema and the Algerian Madjid, from the romance that began in the USA, where they got married, the happy days they spent together, and a slide box with memories from those moments, to Madjid’s one-way trip to Algeria.

The New York City-based Tribeca Film Festival is kicking off on June 9 in-person and online with eight Arab films in this year’s lineup. On the bus, a stranger meets Souad: she excitedly explains that she’s studying for finals at the university in Zagazig, Egypt, and shows her photos of her fiancé, Ahmed, an army officer in Sinai. It sounds wonderful—but it’s not exactly true. In reality, Souad is torn between the expectations set by her traditional upbringing and her social media-based life among her peers. By day, she helps her family around the house and looks after her teenage sister Rabab; by night, she’s glued to her phone, sexting her distant boyfriend Ahmed in Alexandria. Film still from Peace by Chocolate

After fleeing war-torn Lebanon after the family’s chocolate factory is bombed, Tareq Hadhad and his Syrian family immigrate to the small town of Antigonish in Canada. Tareq’s father Issam starts making chocolates again that are a hit at the local church, neighborly Frank rounds up local investors for a new factory, while local chocolatier Kelly feels threatened by the rivalry. While Issam’s “Peace By Chocolate” business continues to grow, Tareq is torn between his dream of becoming a doctor and his obligation to the family business. Film still from Simple As Water

As a conflict at home forces separation and movement to unfamiliar ground, Mylan’s cinematic lens finds the powerful yet everyday acts of nurturing and kinship, travelling with her protagonists as they build a new sense of belonging. From brotherly protection, motherly love, and the playful guidance of a sibling, these closely observed scenes show touching stories of resilience and reveal ties that bind families together in the face of adversity. Film still from The Scars of Ali Boulala

At 16 years old, Ali Boulala was on top of the world: the Swedish skateboarding prodigy snagged a sponsorship from Flip Skateboards, who flew him out to LA at the height of the 90s skating craze. Boulala spent his days trying to nail new tricks for DIY videos and hanging out with a global cohort of other precocious pros, who loved Boulala for his charisma and punk-inflected style. But the indulgences of life on tour—especially for a group of death-defying teenagers—took its toll, building to a tragic accident that changed Boulala’s life forever. Film still from No Longer Suitable For Use

Samir, a Syrian FBI informant and single father, faces an impossible choice when he gets one final chance to avoid deportation by setting up a target in a terrorism sting. Aya and Ibrahim both live from one moment to the next, far away from Moroccan conventions. They’ve figured out what makes them the happiest: a wooden board with wheels on it. Film still from My Brother’s Keeper An oppressed woman puts her life at risk in order to find her freedom. 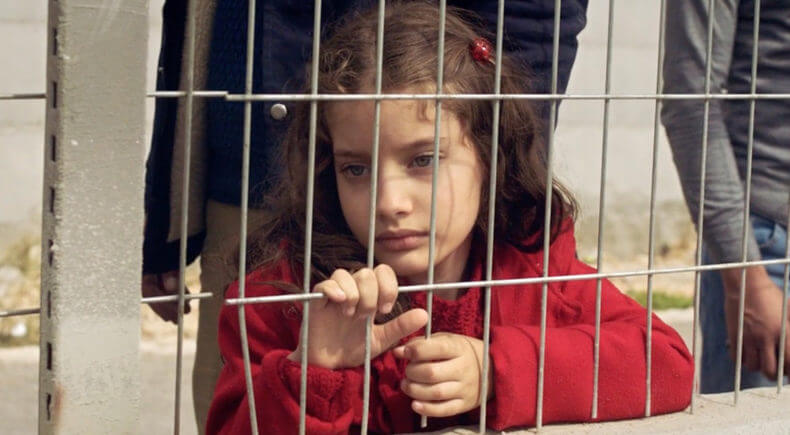